The high on Minneapolis December wheat futures was made last Monday at $9.31 ½ cents/bu.

As I write this, Minneapolis December wheat futures is at $9.06.

I've been getting asked....'how high can spring wheat go’?

When looking at a long term chart $9.50/bu could be in sight on the December contract.

I'm watching $8.60/bu and $8.20/bu respectively on the lower end and if these levels are broken the trend could be changing lower.

News of continued deteriorating crop conditions and fears of significant abandonment in North Dakota has driven the price higher recently.

While there is some rain in the forecast for South Dakota and parts of Minnesota over the next week, some traders believe it may be too late to provide much help to the crops.

North Dakota yields were seen at 29.5 bushels/acre after first day of the Wheat Quality Council’s tour.

That’s down from 45.6 bushels/acre at the same time in 2019 with no data from last year due to the pandemic.

The tour has confirmed devastatingly low yields the further west you go into North Dakota.

There has been some recent moisture in Alberta, Manitoba and Saskatchewan in parts, but again it might not be enough to reverse production decline.

Overall, the trend is still higher for spring wheat, but 20 cent daily moves are not uncommon now.

Knowing your risk level and having a defined plan is more important than ever. 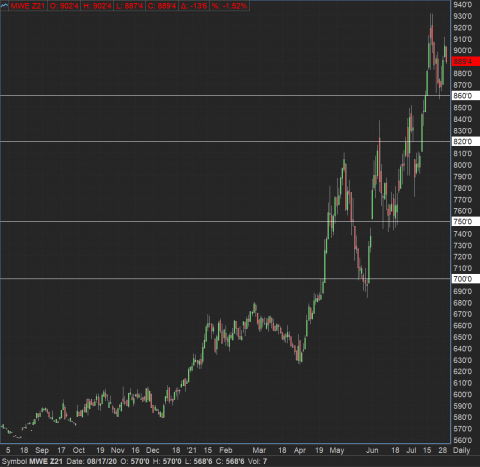 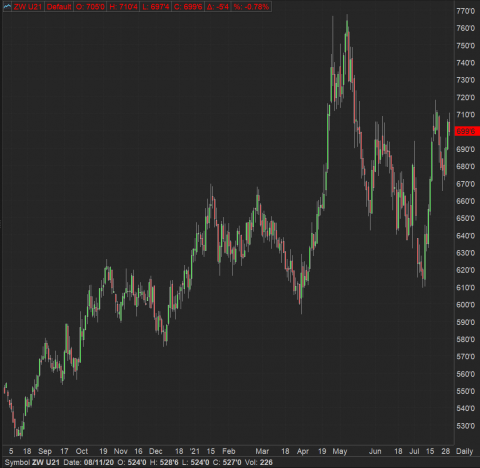 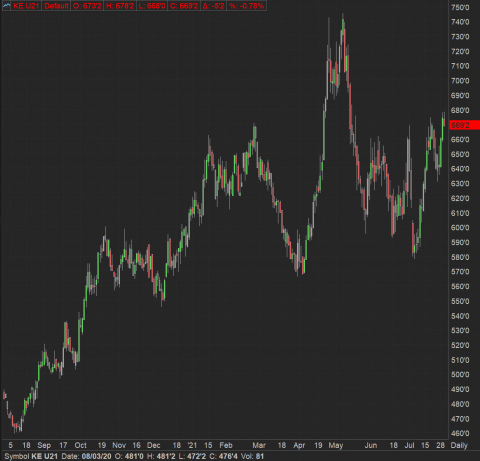 Since then, the price has declined $90/t as I write this even though the soy markets have held up.

One way that I identify support and resistance is by looking at any gaps on the chart.

I'm seeing support now for November canola at $856/t, which is a level back on July 12th where canola gapped higher.

If this gap were to close (ie the price go below it), that could be a negative technical development.

Next month on August 30th there is a StatsCan report that should see canola production reduced significantly.

I've even heard of some farms that are going to be cutting their canola because of the crop conditions.

Forecasts are calling for more heat and dryness over the next week, which should keep the futures supported.

The CME Group changed the daily canola trading limit to $50/t (from $40/t) this month. 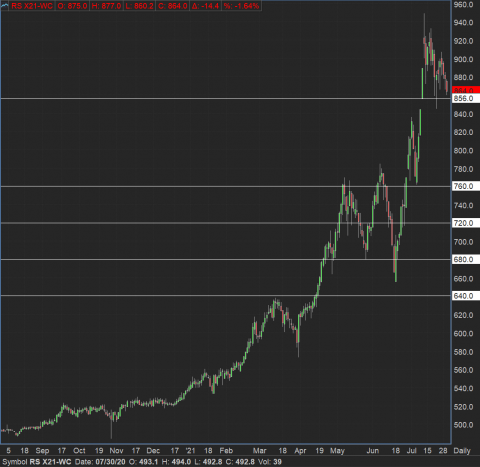 This month on the nearby September contract approximately....

As of last Sunday, the USDA rated the U.S soybean crop as 58% good to excellent, below 60% from a week ago.

Conditions improved in the top grower Illinois, but dropped notably in Iowa, Minnesota and Kansas.

Showers and milder temperatures would boost soybean prospects in August, which is generally considered the most crucial month for development of the U.S. bean crop.

However, while the outlook calls for some moisture and less heat early this week, temperatures are expected to remain above normal for the Western corn belt for the next two weeks.

Areas that miss the rains into this coming weekend could see a pick-up in stress.

Export sales for U.S. haven't been that good lately for soybeans and corn possibly because China has bought significant amounts already. 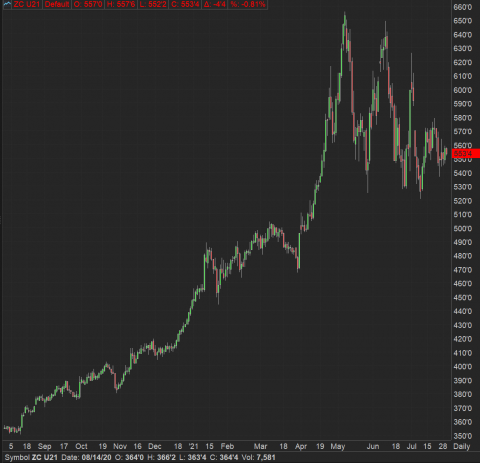 Economists from Wells Fargo, one of the largest lenders and financial services provider in North America, says it is "positive on the Canadian Dollar's prospects over the medium term".

Now they didn't specify what "medium term" is, but I suspect over the next 12-18 months.

They expect the Bank of Canada to continue on a steady path to less accommodative monetary policy.

This could lead our currency to strengthen relative to others because the only way the BOC would have less accommodative monetary policy is if our economy is doing well.

Oil prices are expected to be stable or increase more which should help our currency too.

The main Canadian inflation rate fell to 3.1% last month from 3.6% previously when forecasters had looked on average for a 3.2% increase.

I've been talking to client quite a bit about how inflation effects their investment portfolio. 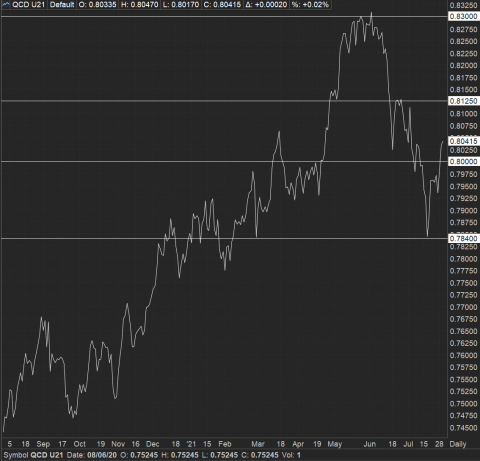 The cattle market remains in a consolidation trend as futures hold a stiff premium to the cash market, but cattle seems to have the fundamentals to suggest an up-trending cash market ahead.

Cash markets seem to be trending slightly higher this week and the beef market is beginning to trend higher as well.

December cattle experienced a key reversal on Tuesday with an inside trading day yesterday which is a potential bearish technical development.

The USDA Cattle on Feed report was friendly to the market with July 1st on-feed slightly less than expected (98.7% versus 99%) 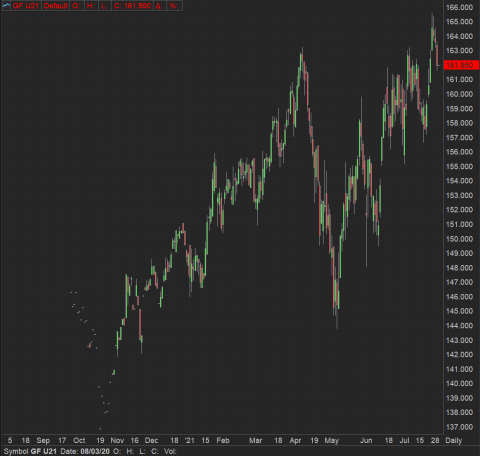 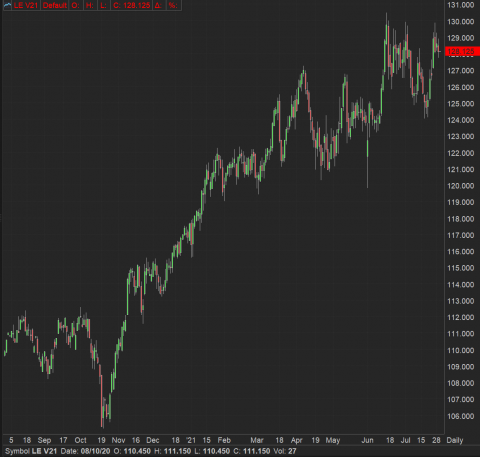