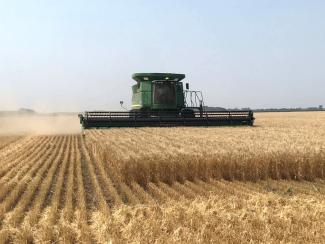 With harvest underway I have been talking with farms about ways to protect what they are putting in the bin at these profitable prices.

Alternatively, there are farms that are deciding to sell off the combine and could look at replacement strategies.

Something important to note is that this report used their satellite technology to model preliminary crop yields and production and didn't take into account any farmer survey's.

The next major Statistics Canada report is on September 14th and will be reporting for up to August 31st.

The report was overall bullish with a lot of production being revised lower.

Canola production nationally is expected to fall 24.3% to 14.7 million tonnes this year.

If this production were to happen, it would be the lowest canola production since 2012.

I'll discuss more on wheat in the section below.

After these numbers were reported you might be thinking that canola and spring wheat futures skyrocketed higher, right?

Well, everyone was expecting to see these big drops in production and yield, so it was already priced into the futures.

Traders were expecting some of the numbers to be slightly more bullish than they were.

I’ve been saying to clients for the positive trend to continue for canola and wheat there needs to be continued supportive news.

While the Stats Can report was supportive it wasn’t positive enough to propel new highs.

There are other markets like the soy complex right now that could keep canola lower for the time being.

My plan coming into harvest is to discuss replacement strategies for farms that are going to be selling grain off the combine.

This is when you can buy futures or buy call options to replace grain you are selling at the elevator to still participate in the upside in the futures price.

Alternatively, you might be looking to hold your canola in the bin.

It might be worth considering how you can protect these prices using a bear put option spread.

This particular strategy is a lower cost option than just buying a put outright. 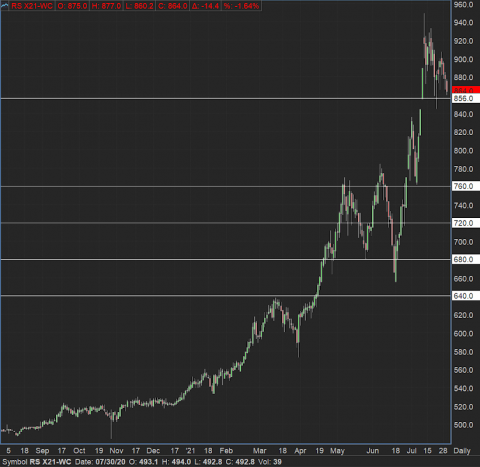 As mentioned, Stats Can is expecting wheat production to decrease.

The main reason for production decreasing is the spring wheat area declining from the drought.

Minneapolis wheat futures are consolidating and the trends are pointing lower right now.

It seems that wheat might be following corn and soybeans lower as much of the U.S. Midwest has been receiving some good rains.

This trend might continue for the next week or so putting pressure on wheat futures. 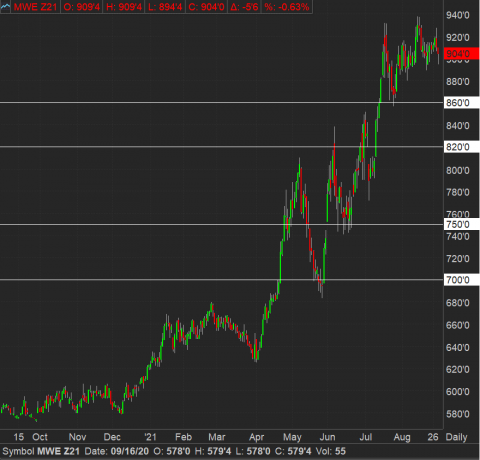 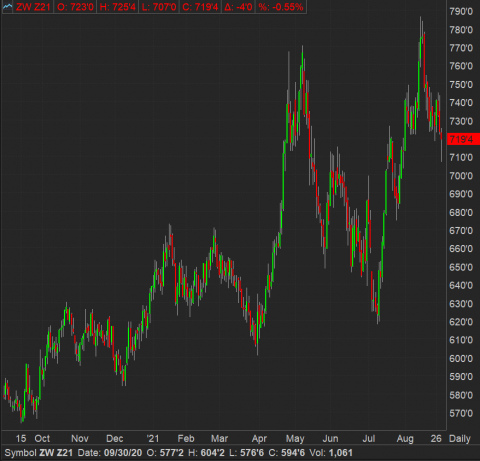 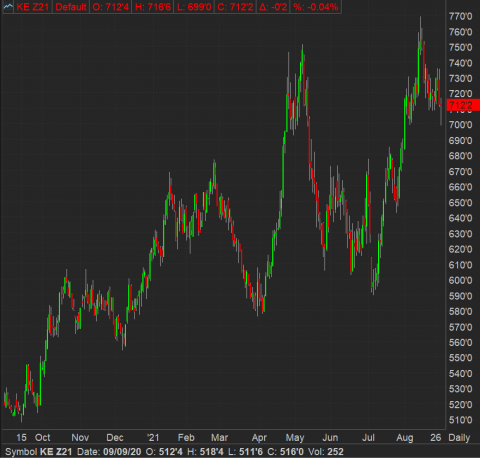 Traders were worried about the supply threat for soybeans from the hurricane last week.

The loss of export and crush demand due to the impact of the storm is a bearish short-term force.

Talk that plenty of soybean fields are turning would suggest an end to the growing season very soon.

Growing talk of La Nina in 2022 forcing drier weather in northeast Argentina and Southern Brazil has helped to give some optimism.

However, this type of weather event might just be a news flash that causes short term buying.

November soybeans have traded sharply lower recently and technicals are down.

A break below $12.70bu on the November futures could leave $12/bu as the next major support. 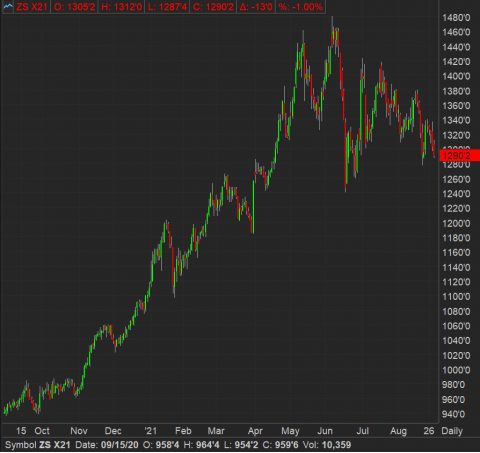 Since the mid-June highs, the Canadian Dollar has now declined over 3 cents.

It has been an abnormally volatile month for the Canadian Dollar.

A large rally occurred the next day and has since traded sideways to where the futures are currently at $0.7925 approximately.

WTI oil increasing $6/bbl in the last seven days has helped to support our loonie.

One trend that many investors are thinking about is how inflation could devalue our purchasing power.

Inflation rose to 3.7% in July, which is the biggest increase since May 2011.

Typically, prices increase at a faster pace in July than June in all provinces.

The target for inflation in Canada is 2%.

There are strategies to help reduce the risk of inflation and possibly even profit from it.
While I don’t believe inflation is going to run away higher it is important to have a plan if it does.

Does your retirement portfolio (RRSP/TFSA) have a plan for inflation? 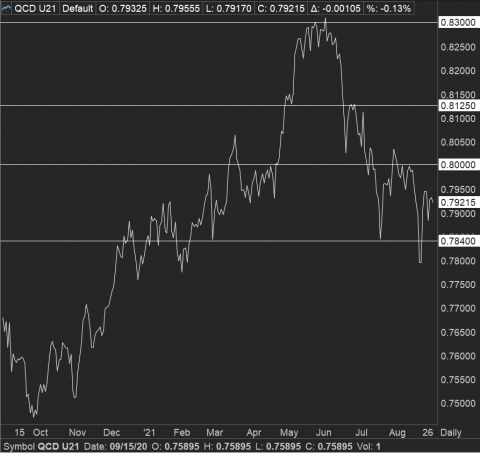 From the contract highs and key reversal last week, the cattle market has closed lower for five sessions in a row and has not held minor support levels.

In addition, the Oct/Dec spread plummeted to a new contract low.

Volume has been high in the last week and open interest has trended higher.

Weakness in the beef market plus continued talk that the market needs a further technical correction are factors to help pressure the market lower.

The cash market has been inching higher in the last several weeks, but the pace has been slow and this has discouraged buyers.

Market fundamentals look supportive, but the technical action is bearish and the jump in open interest leaves the markets vulnerable to increased volatility. 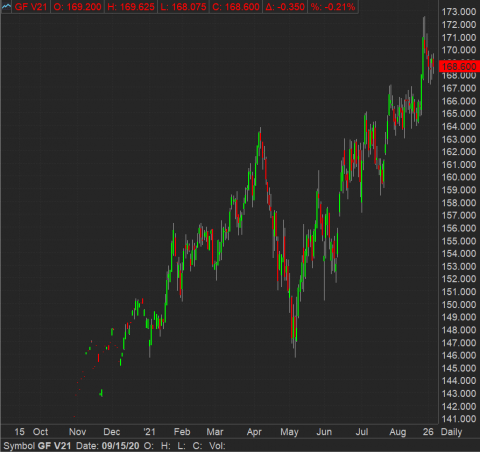 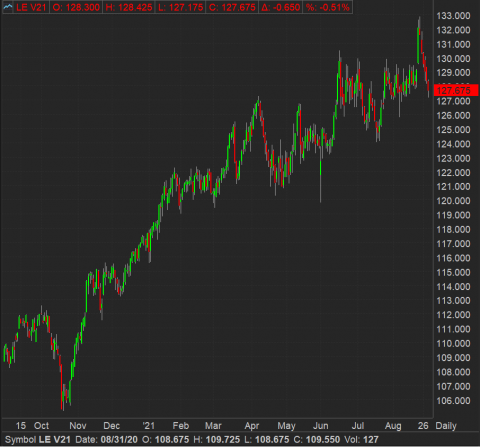